THE BASICS OF ICE HOCKEY 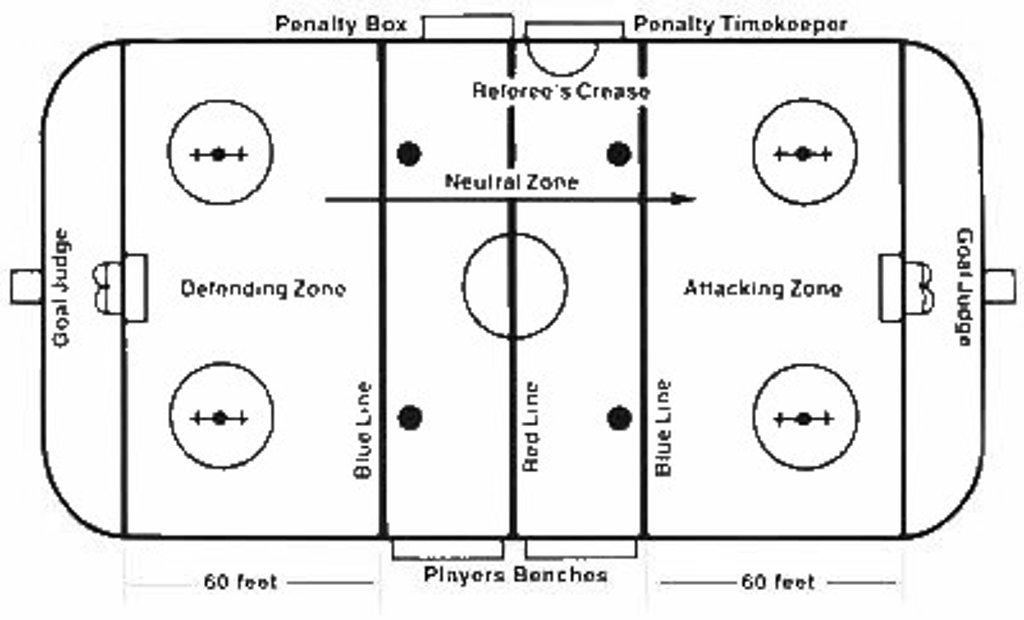 Ice Hockey is one of the fastest games on earth and one of the easiest to understand.

Each side plays six men at a time (unless someone has been put in the penalty box). Substitutions are made when play stops or can be made "on the fly" while play is in progress. The positions are goalkeeper, left and right defense, center, left and right wing.

Once you've learned the three basic rules you'll be on your way to understanding the game. Games are divided into three periods. The amount in each period depends on the length of the game.

A team scores when one of its players shoots the puck into the opponent's net with his stick. Players who help set up a goal get assists, but only two assists can be scored on a goal.

In some leagues if a game ends in a tie, a 5 minute sudden death overtime period or shoot out is played.

THE THREE BASIC RULES OF HOCKEY

These three rules are designed to cut down on stalling, encourage teamwork and maintain the speed of the game. 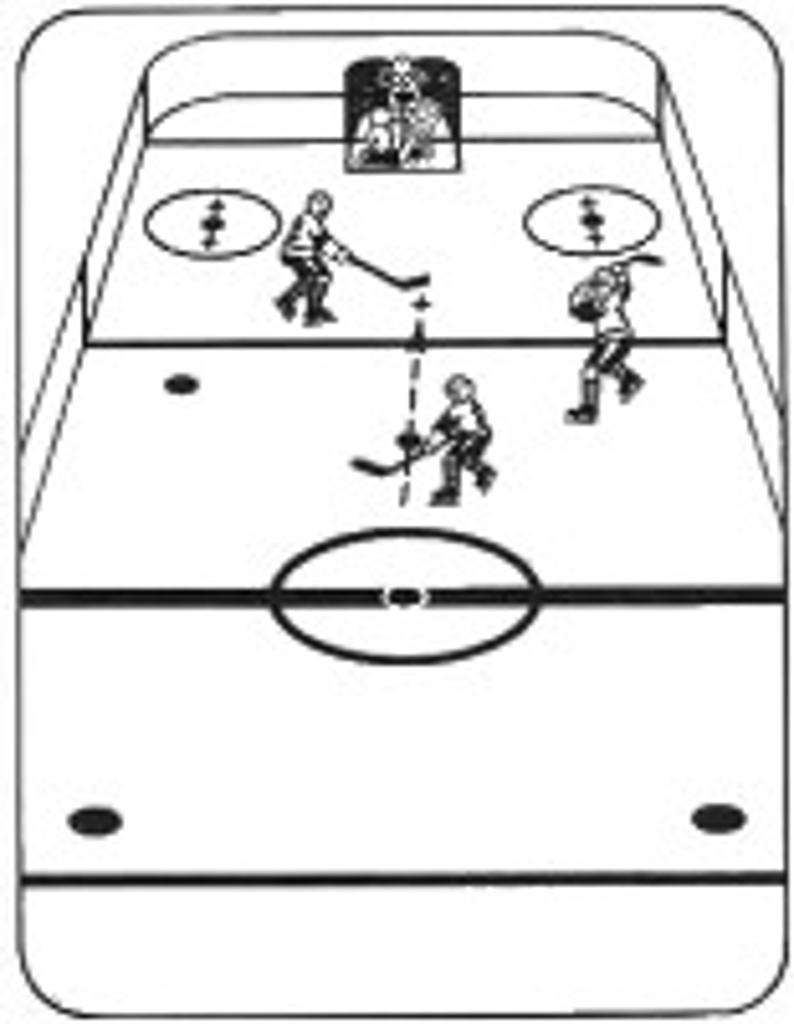 A team is offside when any member of the attacking team precedes the puck carrier over the defending team's blue line.   The position of the player's skates and not that of his stick is the determining factor.  If both the skates are over the blue line before the puck, the player is offside.  If he has only one skate over the blue line and one on it, he is onside. 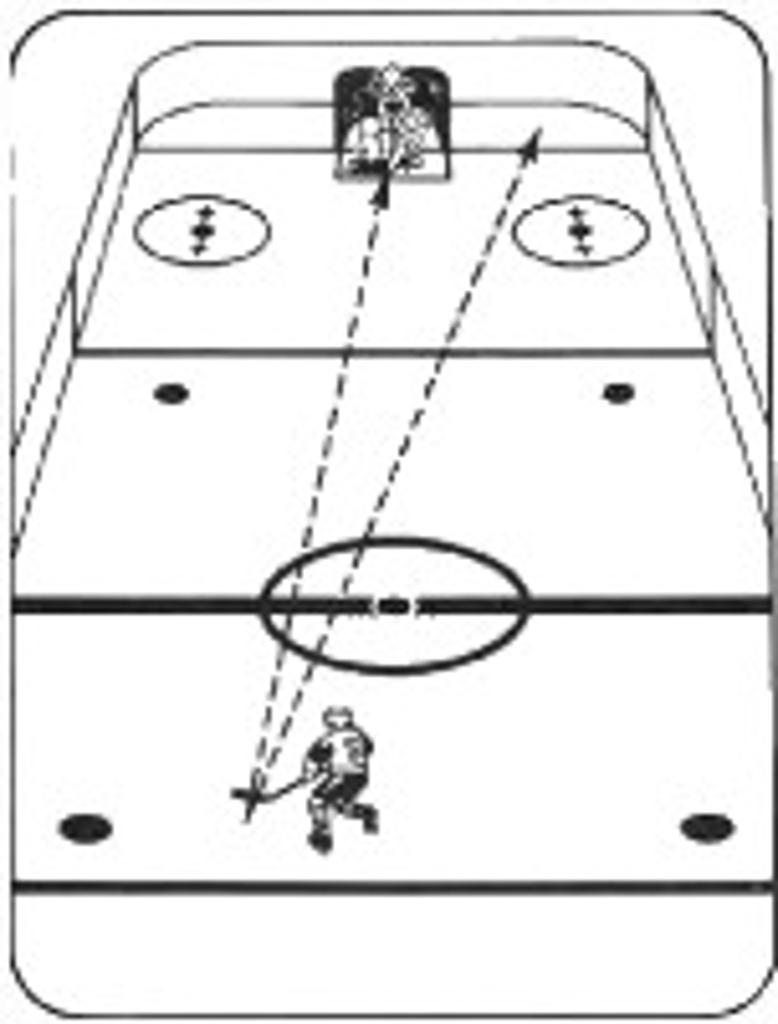 Icing the puck is not permitted when the teams are at equal numerical strength.  Thus it is an infraction when a player on his team's side of the red center line shoots the puck all the way down the ice, it crosses the red goal line itself and is first touched by a defending player.  When this occurs, play is stopped and the puck is returned to the other end of the ice for a face-off in the offending team's zone.

Icing the puck is not called:

A.  If the goalie plays the puck by leaving his net.

B.  If the puck cuts across part of the goal crease.

C.  When a defending opponent, in the judgment of the linesman,  could have played the puck before it crossed the red goal line.

D.  When an attacking player who was onside (in the same zone) when the puck was shot down the ice, manages to touch it first.

E.  When a team is playing short-handed because of a penalty or penalties. 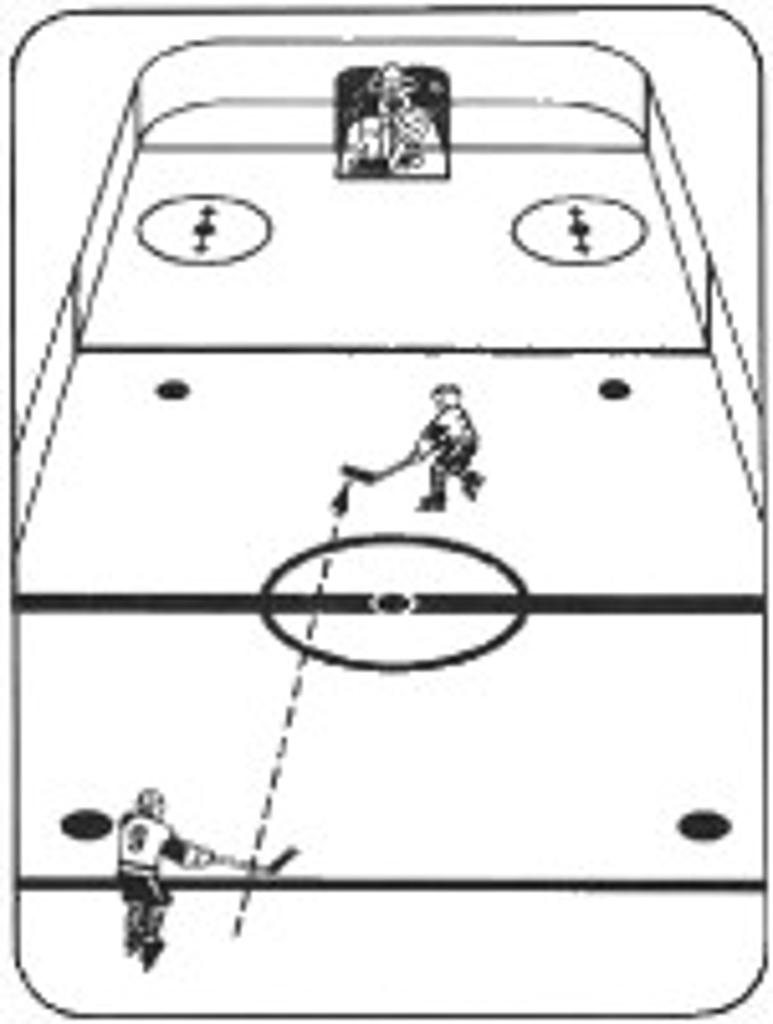 When a player passes the puck from his defending zone to a teammate beyond the center red line (thus crossing the blue line and the red line) it is an offside pass.  The position of the puck (not the player's skates in this case) is the determining factor in deciding from which zone the pass was made.